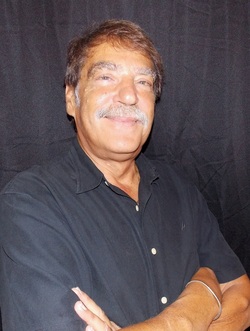 John worked for ten years at Vincent and Vincent in Dale City, Virginia, where he learned about Redken and Paul Mitchell while he began his career.  After several years, he and the owner of Vincent and Vincent ventured out and opened up a men's exclusive salon, in addition to the original salon.  This proved to be an extremely successful decision, but after seven years, they decided to sell it to move on to new and exciting prospects.

John's time at Shear Art Beauty Salon was spent not only in the salon itself, but in the community as well.  He helped to organize hair cut-a-thons for elementary schools to raise money for their needs.  He got the salon to be a member of the DECA, an organization that assisted high school students to prepare for college or careers.

John's next salon move was at Elizabeth Arden in northern Virginia, where he mastered more education and skills that he continues to use to this day.  These days, John divides his busy time between C Street Salon and Spa and W Salon in Burke, Virginia.

John's extensive training has always focused on advanced hair cutting.  His education also includes advanced color classes from Keune, and is certified with Keratin Complex Smoothing System.  He uses advanced foiling techniques, balayage, and curly hair techniques.  With over forty years of experience in the salon industry, John is a master of most everything he does. 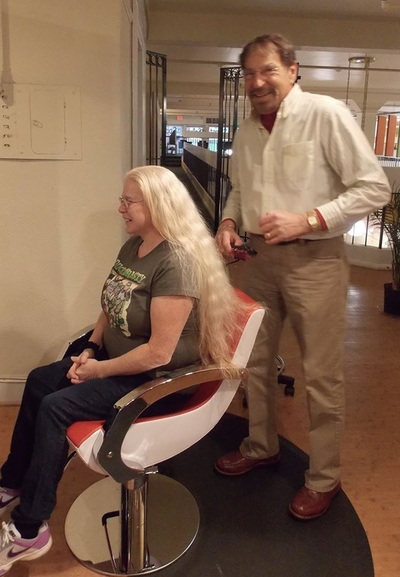 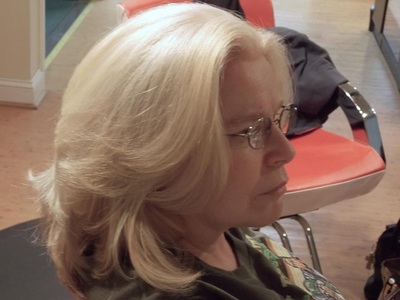 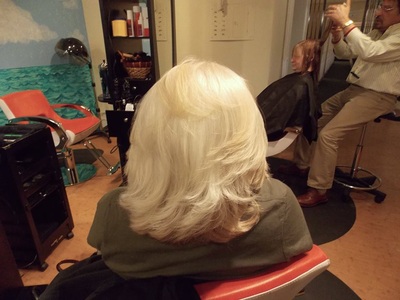 John and his client participating in Locks of Love.